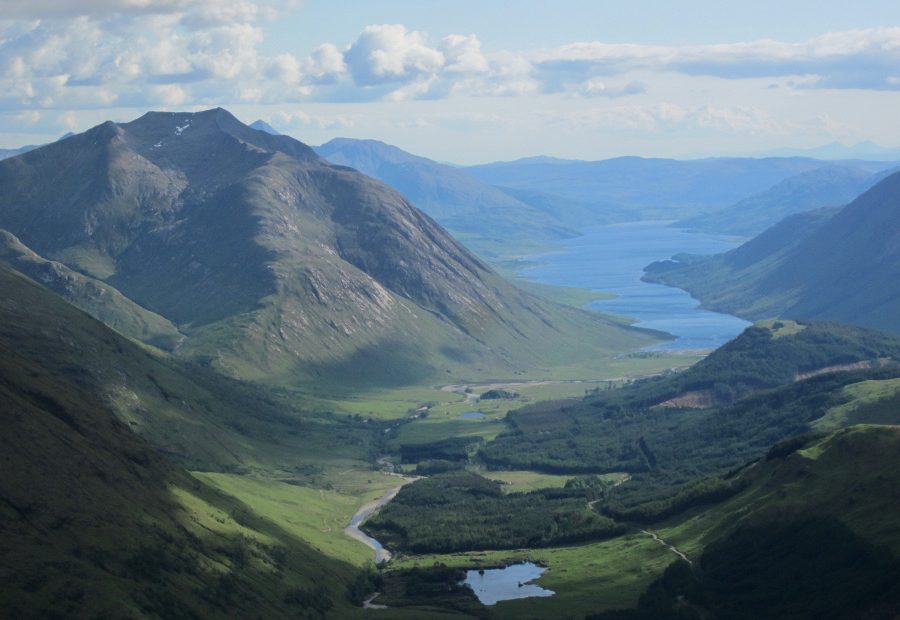 ‘I need a piss,’ said Gordon, ten minutes out of our refreshment stop at Inverarnan.

‘I’m not stopping!’ replied Brian, his knuckles whitening on the wheel. Gordon – a colleague of Brian’s – had been annoying him all the way up the road, and this was the final straw.

‘Brian, stop the car! I need a piss!’ exclaimed Gordon.

‘Gordon, imagine your bladder is a balloon full of warm water, about to burst,’ said Alastair. ‘Think about rushing waterfalls . . .’

‘I will piss in your car!’ threatened Gordon.

After listening to Alastair witter on about forceful streams of water and warm liquids in constrained containers for ten minutes, I was keen to stop myself. We wound our way up past Beinn Dorain, across the dark waste of Rannoch Moor to the Kingshouse, and turned left for the dead-end road down Glen Etive. Still Brian refused to stop the car. It was a relief to arrive at last, decant, and empty bladders into the darkness in a satisfying cloud of steam.

‘I know a shortcut,’ said Brian, as we rummaged through our rucksacks. We were heading for Kinlochetive bothy, and normally we would park at the bridge and walk 2 kilometres (one-and-a-quarter miles) along a deteriorating path. ‘There’s no need to walk in along the path, we can ford the river.’

In the dark? I wondered, but Brian had a plan, and has a habit of heading off impatiently two minutes before everyone else is ready, thus forcing the group to follow him.

This time the group consisted of me, Brian, Billy, Alastair and Gordon. It was Gordon’s first ever bothy. He was raring to go, fuelled by our stories of the great craic you get in bothies, and tall tales of our adventures. Really, we were as excited as he was as we remembered them all, and eager to find out what the night held in store. In anticipation of a good session, we followed Brian down a stony track at the end of the road, heading for the mouth of the River Etive.

For about twenty yards.

Then Brian veered off into the bracken . . . “. ‘Where are you going Brian?’ I asked. ‘It’s this way, I’ve been here before!’ was the reply – and we had no choice but to follow.

Brian led us into an area of prickly gorse, Gordon cursing, the sound of the river in the dark disorientatingly close. Sweating heavily despite the cold December air, scratched and harassed by gorse, we broke out into a deep bog, sinking up to our knees in glaur. I could see Gordon in the arc of my headtorch, and from the set of his shoulders, he had the air of a man who would like to kill Brian. It was a look I recognised.

Finally we reached the river, and the problem of how to cross it. Fortunately we had arrived, either by accident or by Brian’s genius, at its shallowest part. It was still deep and potentially dangerous, and it was with relief we reached the far side, even if it was to more gorse. At least the bothy was close, and once we had cleared the forest of thorns, we could see the welcoming light of candles flickering in the window just a couple of hundred yards away. Not far now, we said, and cheered up, wondering who was in already, hoping they had a roaring fire going and maybe even playing a few fiddle tunes. Andy was by the door, drunk and belligerent, and greeted Gordon to his first ever bothy.

Next day, Alastair and I decided to head up Beinn Trilleachan – crossing the Etive by the bridge this time! The weather was poor with low cloud, slushy snow and a strong wind, but Beinn Trilleachan is lower than other hills in the glen, and we felt it was the best bad weather option.

We nipped up past the house and farm in the glen, a dog barking, for a hard and quick pull up to the treeline and the ridge of the hill. The upward journey continued into increasingly ferocious winds, until we reached a gap in the ridge. The cloud was low and thick, and there seemed to be no easy way onwards. The wind was strong and, not carrying crampons, I didn’t fancy my chances of balancing on the slabs that appeared to be the only practical way forward. No doubt there is a laughably easy route, but in the mist and strong wind we decided to descend and try again another day. After all, the view on a clear day down Loch Etive and back to Glencoe must be excellent.

Disappointed, we headed back to Kinlochetive, where we learned of further drama.

Billy had decided to cut some firewood, and Brian and Gordon had headed back to the car to collect Brian’s tools and help out. But the river was higher than the previous night, and Gordon had been swept off his feet. ‘Gordon!’ Brian had yelled, and retreated back to the Kinlochetive side of the river. He ran downstream, but couldn’t see Gordon. Billy reports that he had heard the sound of running feet, and looked up from sawing a log to see Brian, soaking.

‘Gordon’s gone!’ Brian said, before they raced for the bridge, arriving at the car side of the river in record time. There they found Gordon, who had reached the other bank safely and found a canoe club who were staying in a hut next to the road. They were combing the river for Brian.

‘Brian, I thought you had been swept away!’ said Gordon.

‘No, you were swept away!’ replied Brian.

Gordon had phoned the police to rescue Brian when he had been found by the canoe club, and so Brian had to wait to explain the situation to the local bobby. It was a reminder that the River Etive – indeed, any river – should be treated with great respect. A river can kill more easily than a mountain.

This story comes from The Weekend Fix 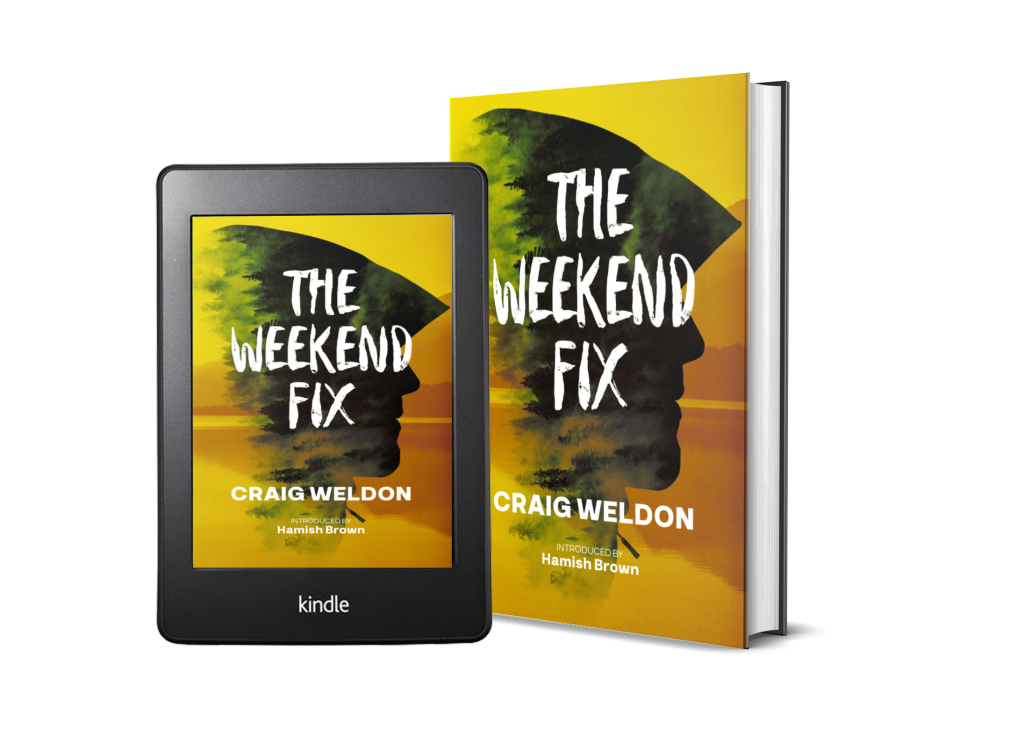